Most mornings, Bryony and I walk a circuit around Harleston with the aim of getting me fitter. Here is the route map.
We have had a number of discussions about this route and it is a source disagreements associated with estimates of various measurements.

I have already offer a couple of estimates of the length of the walk in “TheDog that Walked” – 2 ½ miles then reassessed at just over 3 miles. This was using a one of those old fashioned map measuring tools on a local 1:25,000 Ordnance Survey map. I confess that I liked this measurement. Bryony was dubious though, suggesting a distance of 2.7 to 2.8 miles. 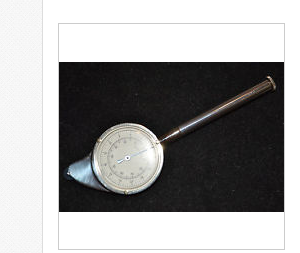 Earlier this week I invested in a step counter (Fitness pedometer). I hope that this would give more accurate version of how much I was doing. 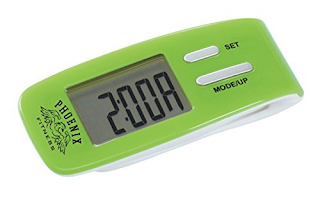 The problem was that I had to put in how long my step was in order to estimate how far I had walked. This was a very confusing machine. I couldn’t work out whether it needed the measurement in feet and inches or metres (or centimetres). I put in some trial values which (I thought) were based on feet and inches and then tested it on standard walk. It returned a value of 2.1, although I was unsure whether it was 2.1 miles or 2.1 kilometres. I hoped it was miles, but I suspect it was kilometres. Whichever measurement it was, I didn’t like it.

I tried again. My best guess was that my step was about 0.85 metres and posted that into the darned machine. Bryony and I retested it on the walk this morning. This gave a step count of 5607 and converted to 4.76 Km (2.9577 miles). I liked this better, but it was entirely based on a guess (an educated guess??) as to my step length.

It’s clear though that one’s step length changes with gradient and terrain. The gradients on this walk are mostly quite gentle but there is 200-300 metre section which a steeper uphill slope. This forms part of a longer uphill section of about 600-700 metres. These anomalies made estimate of overall distance clearly dubious.


This provides a computerised measurement between points. The task for the use is to set up a series of way points that accurately represents the walk. After a couple of attempts I achieved this which suggests a distance of 4.32 km (2.68 miles). 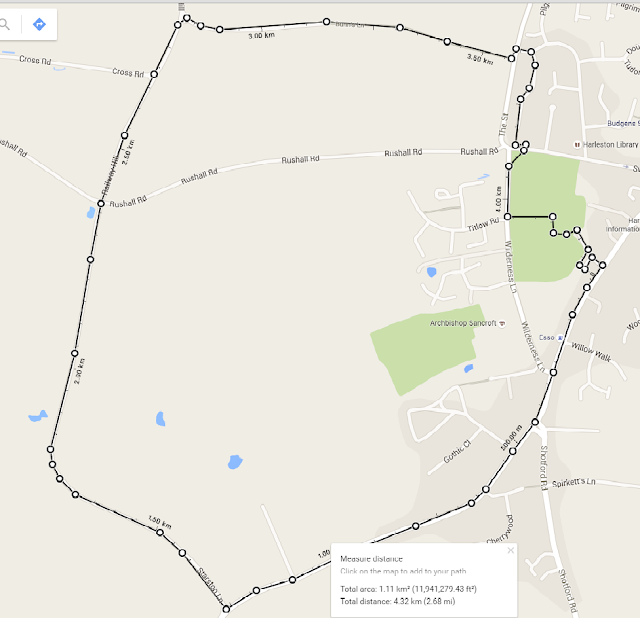 I do not think that it’s likely we’ll improve on that.

Overall, this is less contentious since there are various reasonably accurate means of measuring time taken for the whole route once you know the distance. The disagreement here is between what Bryony and I perceive as that amount effort we are putting in relation to the speed achieved on and after the uphill section of the walk.

The question here is whether we slowed down after the uphill bit, because it felt that we were putting in less effort or was this simply the impact of passing the summit of the rise. I contend the lessening of the effort does not necessarily imply a reduction in speed, whereas Bryony is convinced we actually slowed down.

Neither of us can actually prove our contentions. So this argument is set to run for a while.
Posted by swaatacba at 04:16