Study processes at the OU

I began studying Mathematics at the Open University (OU) in order to help Patrick, my eldest son, with his passion for astronomy. He was interested in a 2nd year OU module that needed a smattering of 1st year mathematics, whereas he had only studied at GCSE level. I suspected that my 40 year old A-level courses would not meet what was needed to help him. I joined up for a first year Maths module (MST121). This was all 3 or so years back, before the stroke.

Study at the OU is something of a solitary occupation. You work entirely at your own pace, restricted only by the need to submit course work on time and to take an end of year examination. The only time you meet your fellow students is at tutorials. These tutorials are rather artificial; more like intensive school lessons in a very small class. There is a small amount of chatter between the students as well as with the tutor. This chatter does not necessarily indicate engagement because we are still learning about each other, in particular our strengths and weaknesses.

Tutorials at a standard university tend to be quite different, because the ‘getting to know each other’ process has already taken place or at least there would have been the opportunity for it. Accordingly, there is much more engagement between the students and the subject under discussion.  These tutorials are not necessarily more successful than the conventional ‘lesson style’ necessitated by the OU circumstances, but they certainly command direct engagement from the students in a way that the OU approach does not. At least this is certainly true for the Maths & Stats tutorials that I’ve attended over the past three years. 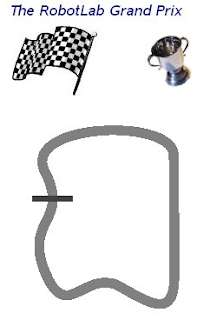 However, this may be more concerned with Mathematics as a subject. The OU Mathematics degree offers an open choice module in the first year. I chose Technologies in Practice (TM129). This is a course in three parts looking at robotics, networking and Linux. Inevitably in a course with such a broad scope the level of detail was limited. But the first tutorial session (which I missed on account of succumbing to the stroke) was a practical in which the student employed his own programming skills to control a simple robot. The environment was real but our tasks were all in 2 dimensions and we had all prepared code for controlling simulated models on screen. One of the really clever things about our on screen models was that the modelling environment included variable discrepancies such as one might get in real life.

This course was geared toward the practical and part of it was aimed at giving students the opportunity to engage with world of academic paper writing. In particular we had to cope with some very constricting restraints in terms of word count, when writing mini papers for assignments (e.g. 500 words including references within the text, but excluding the detailed reference list at the end – marks were automatically deducted for exceeding the word count by more than 5 words). The very nature of these rather artificial constraints encouraged a good deal of discussion among the students. This was the first time at the OU that I felt the student community having an impact on the learning process.

This seems to imply that the OU does not give students the opportunity to communicate with each other. This is quite wrong. There are many general forums and each course tend to have several forums related to various elements of the course specifically. These are excellent for answering specific well constructed questions. In contrast they are very poor at eliciting a useful response to a vague query or idea. This because the author has to commit his vague thoughts in writing and usually does not get the chance top re-phrase his query in the light of responses. This is partly because the individuals who respond want to be helpful but always interpret the query in their own terms and not the questioner’s terms. I believe this leads to untold frustration.

The OU has been active for about 40 years now. This is a period that coincides with a massive expansion in both fundamental knowledge and the computing which allows both the storage and dissemination of such knowledge. The OU has been in the forefront of adjusting its teaching and dissemination methods to cope with and effectively use these new facilities. I am aware that in 1990s the maths courses had a week’s residential seminar. Apart from the many nefarious stories that surround these courses, I was also given the impression, from some attendees of my acquaintance, that this was an essential part of the communication and validation process. Sadly resource constraints appear to have put a stop to this part of the learning process. Educationally, this appears to be a fundamentally backward step.
Posted by swaatacba at 02:43