Living with a daughter and two granddaughters takes a lot of energy. We planned to take Meredith, Molly and Nuala on a suitably exhausting walk around Dunwich.

Almost all walks from Dunwich start at the beach car park. The path passes right by the edge of the cliff, which is sandstone and not particularly stable. Keeping Molly (nearly 8) and Nuala (4) from going on the rampage along paths which are single file causes anxious moments and sharp words among the adults. However, the beach view is panoramic and glorious.

The route winds its way through woodland which, in the distant past, was managed by a complex of a priory and other religious buildings. I’ve not worked out whether or not the orders were associated with each other administratively. Nevertheless, they are physically in very close proximity. The woodland is fairly open, the footpaths well-marked and perfect for walking. The shady environment meant that we didn’t notice the sun getting hotter.

After about 1½ miles, we get to the heath proper that ranges between Dunwich and Mimsmere Nature Reserve.  At this time of year the heather and gorse are in bloom.

The sun is hot and so are the adults, but Molly still insists on wearing a cardigan. 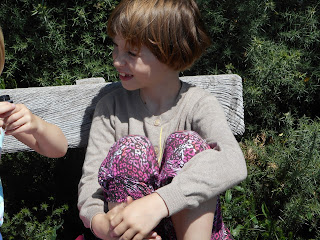 Nuala collects pine cones. (Where did they come from? I’m clearly not very observant.) 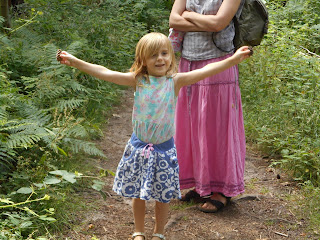 Fortunately, there is a rural bench conveniently placed at almost the mid-point of our route. Nuala uses a very dainty receptacle to quench her thirst.

Meredith still has Allen blood in her genes, notwithstanding the change of name. She insists on avoiding retracing her steps as far as possible. It provides the opportunity for Molly to revisit a play puddle (perfect for her 3 year-old self) while her parents hid in the bushes. Apparently, Molly was completely un-phased and just demanded supper volubly when she had finished playing.

The day was now hot. There was not much shade and the route back to the car park was very tiring for small legs. Molly managed the whole way and even Nuala was only carried for a couple of hundred yards. Fortunately, Dunwich car park is home to a Flora Tea Rooms. There we treated ourselves to chips and Earl Grey Tea.

Google maps is one of the more wonderful developments to come out of the age of the internet, but it also presents some challenges, For someone brought up on the UK’s Ordnance Survey maps, it comes as a surprise that footpaths are not included. But you can mix and match with Google earth. This is how I first mapped our route, which show a mileage of just over 4. Certainly enough to tire out little legs.
Converting back to Google Maps, we get a very clear route map, but no features whatever. This is frustrating from someone brought up on the OS presentation. 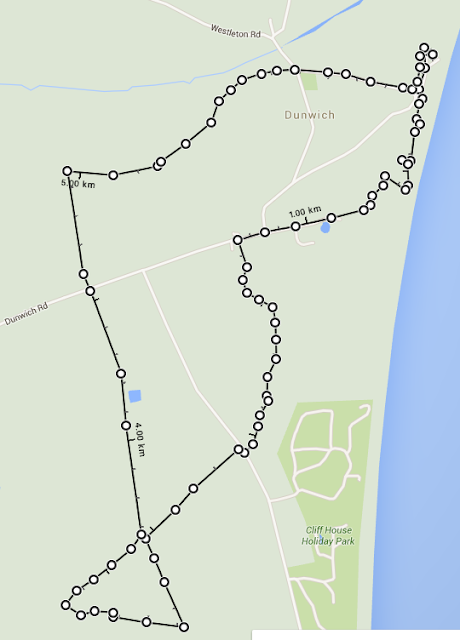 The features on the heathland section were very difficult to follow. I have tried to map it in more detail. It was an interesting experiment, but I’m not sure that improves the accuracy greatly. 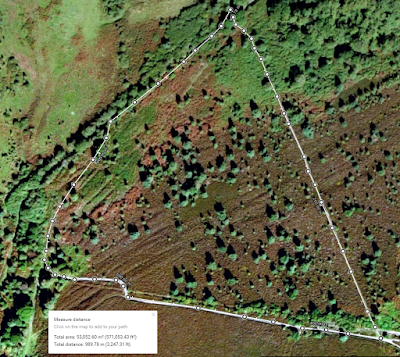 For Molly and Nuala, the ice cream at the end of the walk was clearly far more important. 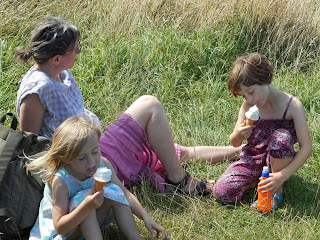